About Jane: the USO

"Summertime and the living is easy" - from "Summertime" by George Gershwin, as performed by Jane Froman.

Thoughts of summertime and easy living were probably far from Froman's mind as she floated, freezing and badly injured, in the Tagus River on Feb. 22, 1943. Moments earlier, she and the other USO performers had been preparing to land Lisbon, Portugal, one of the stops on their way to overseas soldiers.

The soldiers would have to wait. The plane plummeted into the Tagus, killing 24 of the 39 passengers.

After being helped out the water by John C. Burn, a pilot who had not been flying the plane that night, Froman fought to keep doctors from amputating her right leg. It wouldn't be the last time her stubbornness would come in handy.

Both legs and her back would trouble her for the rest of her life and require a total of 39 operations.

Froman plugged on. On the advice of her doctor, she gave a comeback performance, from a wheelchair, only eight months after the crash.

With crutches under her arms, she went back overseas to perform in USO shows. Her own injuries and recovery served as an inspiration to servicemen. 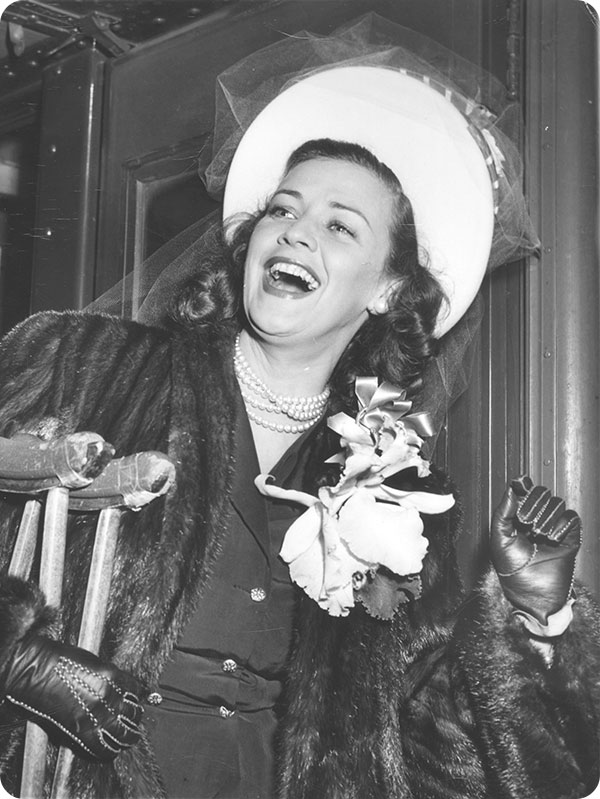